It's day 1 of a love-themed release from Taylored Expressions!!  I've had so much fun getting ready for this release. Cards came together easily and I like the results! That definitely says something about the products because I typically struggle over my cards.

All the products that I have used are linked at the bottom, but remember that new products aren't live until Thursday, March 5th, 7 a.m. PST.  Also, be sure to check all of the other designers starting on the Taylored Expressions blog because we all were assigned different products to show off.

My first card uses the set Carried Away along with its coordinating die for the balloons.  This is such a fun and unique set - I've never seen anything like it!  There's a flying bicycle, a flying house and a kissing couple - with masses of tiny balloons! 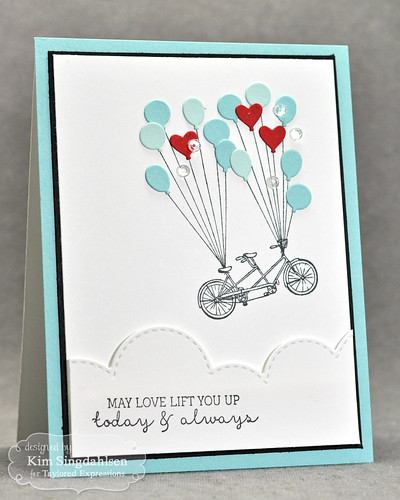 Check out these tiny balloons.  And if you hate the idea of cutting and gluing that many balloons - the stamp set comes with tiny balloon stamps instead! 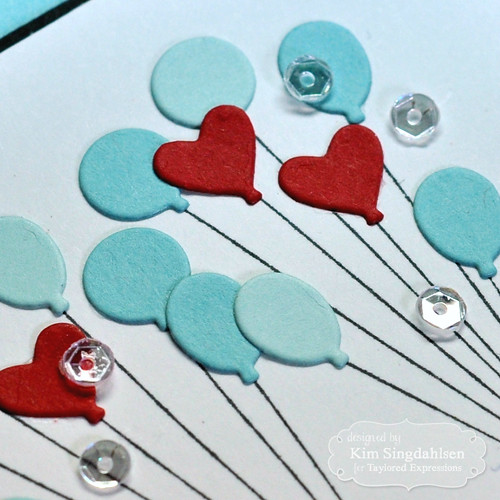 Continuing with the love theme, the next card is a more elegant.  I'm using the new Little Bits - Party Dress die along with the Little Bits - Hanger die.  For the background, I used Toffee on Toffee with the new Bold Lace Cutting Plate.  You're getting a sneak of sneak with the frame - it's the Frame in Frame Cutting Plate which won't be introduced until tomorrow. 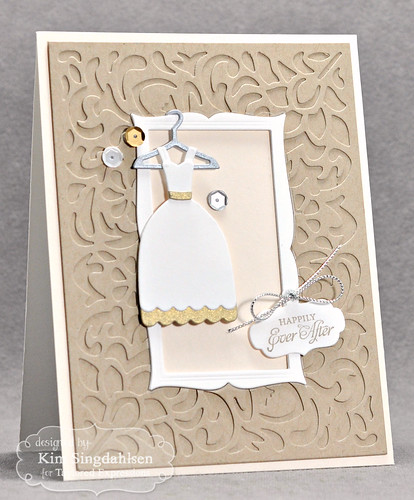 The other exciting new products on this card are the Metallic Neutral Cardstock.  It has a wonderful, elegant shimmer but isn't glittery.  The paper pack includes five metallics - I'm showing the silver and gold here, along with the coordinating Wedding Sequin Pack. 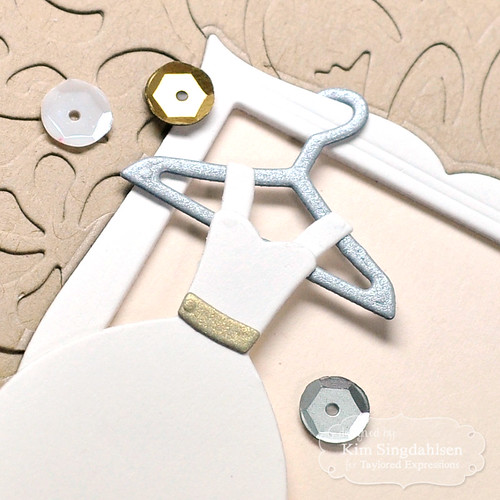 The sentiment is from the previously released Many Minis - Occasions and the Designer Mini Tags.

I hope you like what you have seen so far - be sure to check out all of the other designers starting with the Taylored Expressions blog.  There is so much new product in each release that everybody has a different assignment.  If you stop with me, you won't see it all!!

Love Lift You Up

InLinkz.com
Posted by Kim S at 8:00 AM Labels: lovecard, tayloredexpressions
Email ThisBlogThis!Share to TwitterShare to FacebookShare to Pinterest