It's time for a new sketch at Freshly Made Sketches! Today we have a sketch by Cécile. 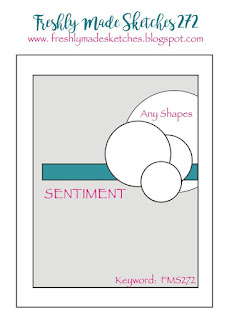 I had fun with this one.  I didn't have any cards that I needed to make and I didn't have any stamp sets calling my name, so I just started paging through my unused stamps and found a set in which a secondary stamp is citrus fruit.  (The first stamp is a really cute bear!!) 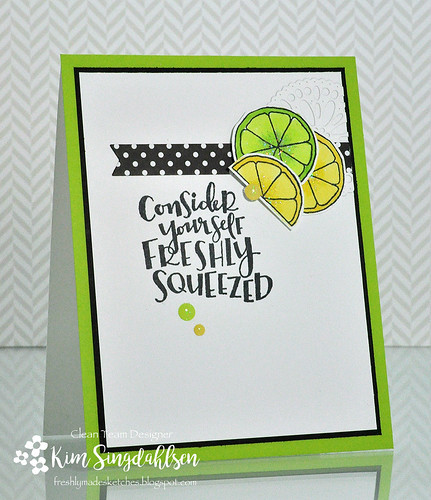 I colored and glittered the lemons and limes, then to honor the sketch, I added a little doily as a bigger circle in the background.  I love this color combo - bright citrusy colors with a bit of black to ground it!

Thanks to Cécile for another fun and creative sketch!  Hope to see you playing along!

InLinkz.com
14 comments (add your comment here)
Posted by Kim S at 6:00 AM Labels: freshlymadesketches, hugscard
Email ThisBlogThis!Share to TwitterShare to FacebookShare to Pinterest

Last fall as my son was heading out to his freshman year of college, I swore that I would drop a card or little surprise gift in his mailbox each and every week.  I think I only sent about three things.  It's not so much that I'm a terrible mom, but rather that he totally embraced college life.  It's his home.  If the dorms hadn't closed, I'm not sure he even would have come for Christmas!

Even so, I want to do a bit better this semester (mostly to make me feel better!)  One of the things that I've wanted to play with is the coordination between Taylored Expressions Ray of Sunshine Cutting Plate and Shining Star Plate. 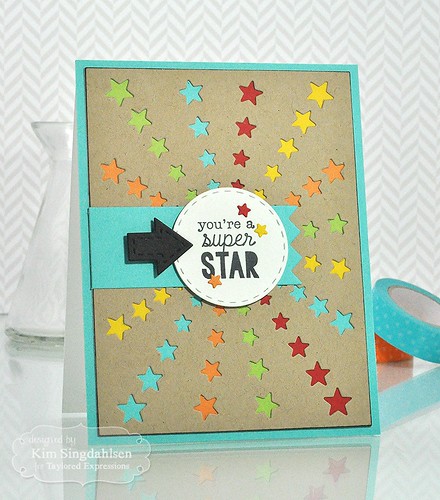 These two cutting plates work very well by themselves.  (I used Ray of Sunshine on one of my favorite cards ever.)  But they also line up perfectly to allow you to easily add colored stars. I cut the Ray of Sunshine in scrap paper to use as a template.  Then I cut it in multiple bright colors to get a variety of inside panels.  Use the template to adhere the colors to the card panel.  Then cut the Toffee and just plop it on top and you have colored stars!! 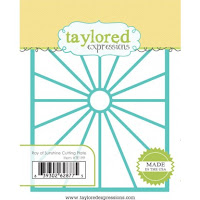 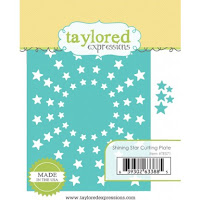 I love products that make my life easier!

5 comments (add your comment here)
Posted by Kim S at 6:00 AM Labels: congratulationscard, kidscard, tayloredexpressions
Email ThisBlogThis!Share to TwitterShare to FacebookShare to Pinterest

It's time for a new sketch at Freshly Made Sketches! Today we have a sketch by Cindy. 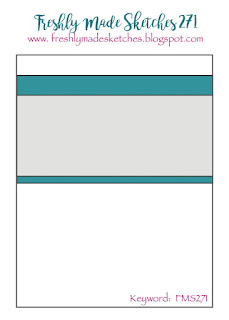 I recently saw these unique and fabulous Japanese paper dolls on Pretty Periwinkles.  (Thanks Michelle!!)  I hadn't seen anything like them and I thought this big space would be perfect to showcase one of them.  Isn't she sweet?? 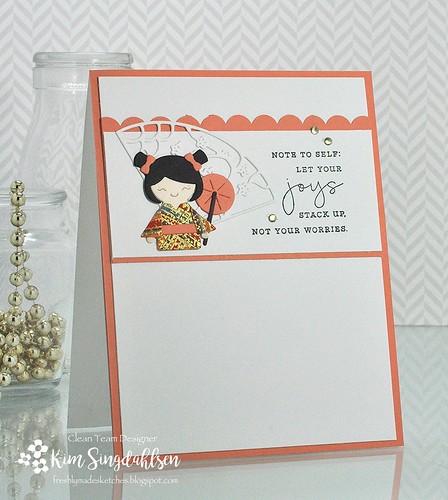 There's a full set of dolls (and the fan) from Frantic Stamper's Vision of the East.  There's also a coordinating sentiment set but I happened to have an entirely unrelated stamp set on my desk. Have you ever picked a sentiment for its shape??!!  The shape is just right for this card - luckily, the saying works well too!!  (Sad, huh? Shape instead of words!)

I hope to see you playing along.  There's wide open space on this for everybody to be creative. Thanks to Cindy for the sketch!

It's time for a new challenge at the Curtain Call Inspiration Challenge: Icicle.


I didn't have any need for true icicles (or snowflakes or anything cold) - but I thought I could use the silver and blue sparkle on a celebration card.  I didn't end up with silver and blue. 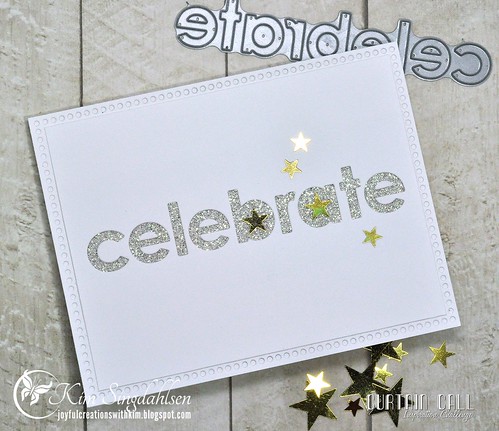 I started the card with blue stars, but I just kept thinking about the Dallas Cowboys football team.  I have nothing against the Dallas Cowboys (unless they are playing my Broncos) but "football" isn't the point of the card so I just couldn't finish it with the blue.  I pulled out gold - and am hoping that the sparkle is enough inspiration from the photo!!

Stop by the Curtain Call Inspiration Challenge for the challenge details and to play along with us!

10 comments (add your comment here)
Posted by Kim S at 7:00 AM
Email ThisBlogThis!Share to TwitterShare to FacebookShare to Pinterest

It's release day Taylored Expressions!!   Everything you have seen this week is now available!  And here's two more peeks at this release.

Is this not the cutest face you have ever seen?? 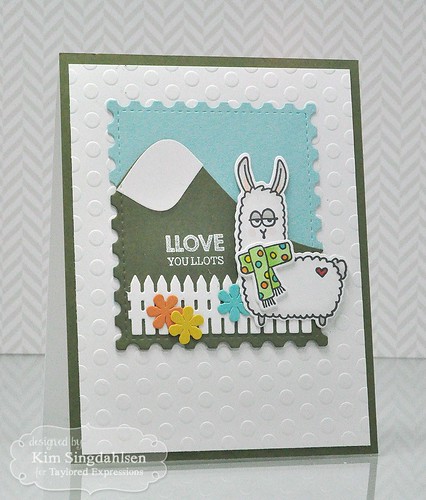 The llama is from the new set Llama Love Stamp & Die Combo.  I created a little scene around him using the Postage Stamp Stacklets, the Picket Fence Border and a flower from Little Bits - Flowers & Stems.  The snow-covered mountain uses the Build a Scene-Mountain Tops.  To do the snow, I cut a mountain in white, then rotated the die to cut the drifting snow.  To coordinate with his cute scarf - I added with the Lots of Dots embossing folder.

I love his face but you know what's even better?  You can add your own face and you have four choices!  (The four faces come on one stamp - I simply cut them apart to use them.) 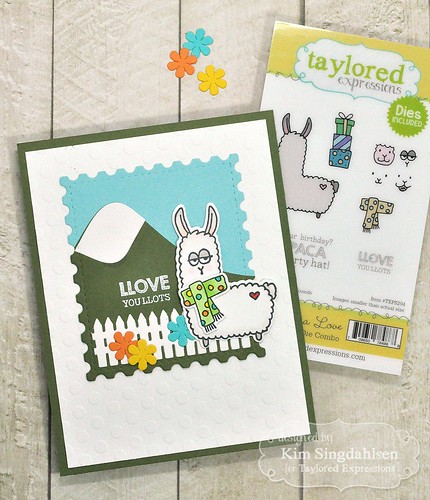 Here is the supply list for this card and be sure to keep reading for one more card!

Don't forget to head over to the Taylored Expressions blog for links to all of the designers and to find out if you won a prize if you've been answer the Question of the Day!

Yesterday I used the new Hello Script die with the Let's Talk Edger 3 but I had another idea for it.  I liked the idea of saying "hello" across the miles (or across the buildings in my downtown scene.) 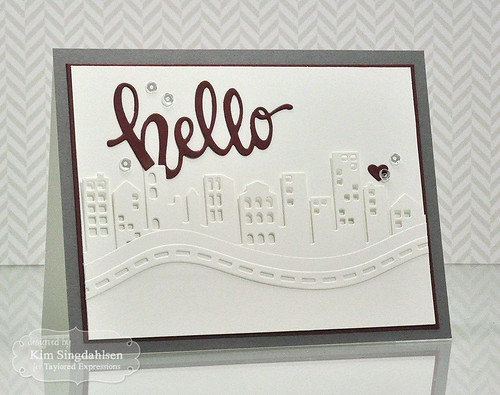 I used the previously released Downtown Border, Build a Scene-Rolling Hills, and Build a Scene-On the Road.  If you look closely, you'll see that I didn't adhere the top of the buildings.  I had planned to layer up three die cuts to give it a dimension but when I cut the first one and saw that it curled slightly - I figured I could more easily get that dimension by not adhering it. 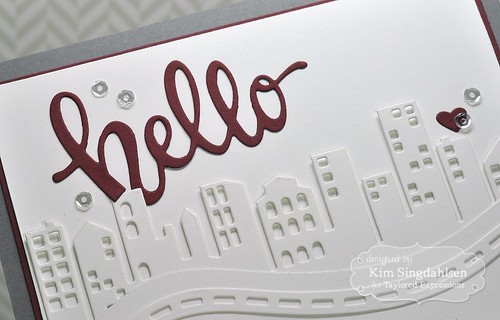 I said it yesterday and I'll say it again - I LOVE THAT FONT!!  There's a growing collection of that script font in the TE Store: joy, noel, peace, loved and sweet, and I'm guessing(!) there's more to come!!

Don't forget to head over to the TE Blog for links to all of the designers and to find out if you won a prize if you've been answering the Question of the Day.  Then head to the TE Store because it's now open!!!

8 comments (add your comment here)
Posted by Kim S at 8:00 AM Labels: hellocard, lovecard, tayloredexpressions
Email ThisBlogThis!Share to TwitterShare to FacebookShare to Pinterest