Freshly Made Sketches: Wow! You Did It!

It's time for a new sketch at Freshly Made Sketches!  We're going long and skinny! 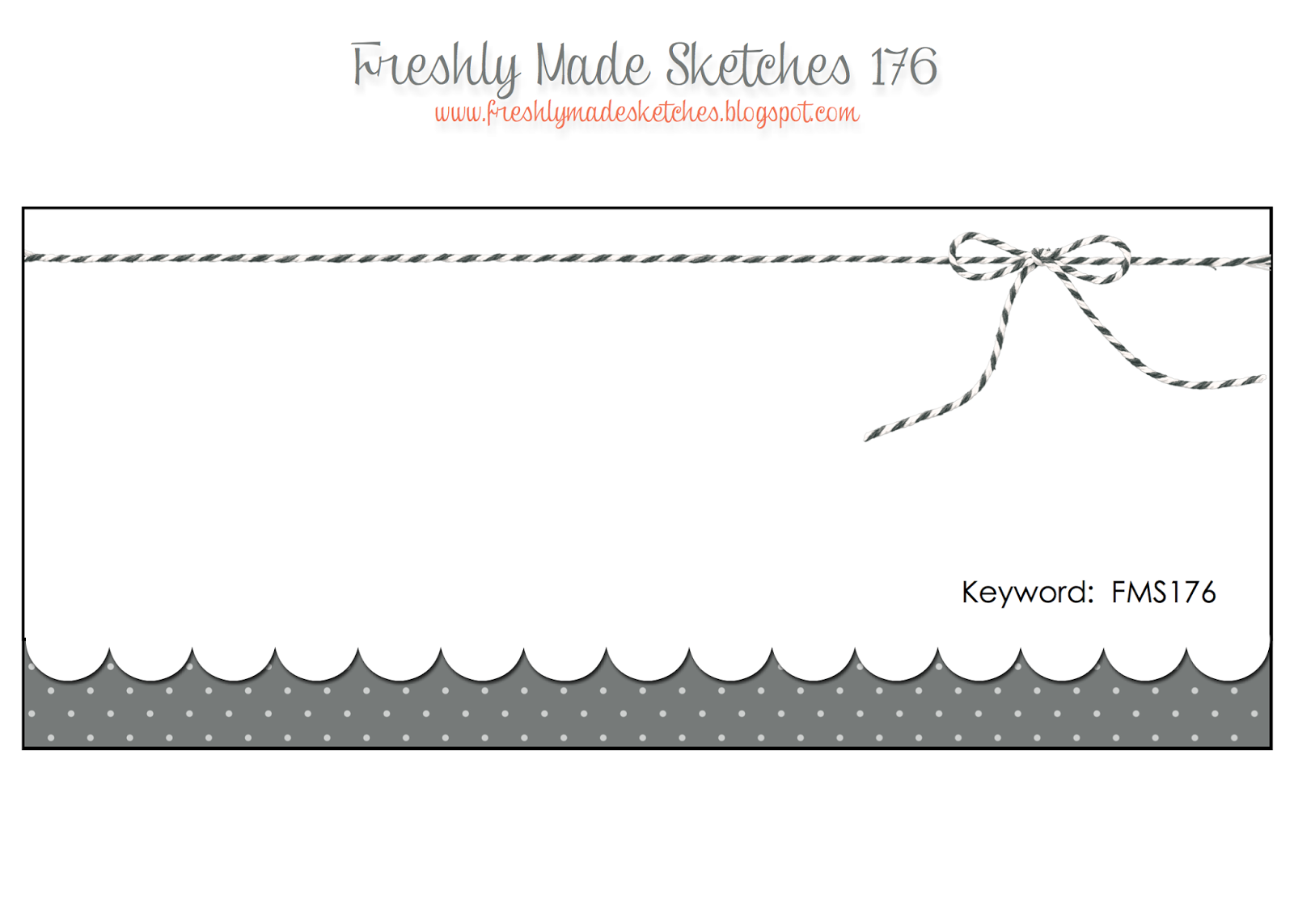 I have a new-to-me set from Stampin' Up called Boutique Borders.  I love the fun look of each border and have been looking for a great use for it.  The long border on this card was made for it!  Then I needed a sentiment that had the same funky look so I pulled out Stampin' Up's Bravo. 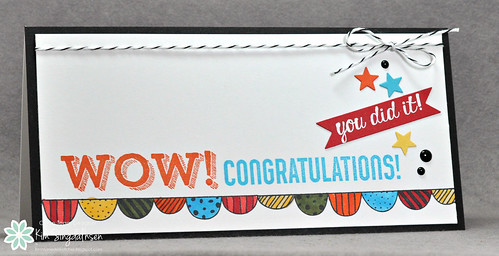 I'm hoping I get to use this in a couple of weeks.  My youngest who is a freshman in high school had tryouts over the last few weeks for the high school lacrosse team.  He has played competitively for years on a team that made it to the top two or three in state year after year.  But he's been struggling in the past year because #1 he isn't growing as fast as his teammates - neither in height nor in bulk and #2 he has had knee trouble since the summer.  I thought the results of high school tryouts might be discouraging for him.  Five of his teammates from his former team made varsity as freshman.  Erik only made the C team, but the coach pulled him aside and told him he was on the bubble and, with hard work, could be promoted to JV in a couple of weeks.  Instead of being discouraged, Erik came home on fire to work hard and show the coach what he could do.  I'm a proud mama right now!

I hope to see you playing along.  A little hint - check out the rest of the design team on the FMS Blog - not everybody went skinny, so if that's stumping you - you have alternatives!

InLinkz.com
Posted by Kim S at 6:00 AM Labels: freshlymadesketches, stampinup
Email ThisBlogThis!Share to TwitterShare to FacebookShare to Pinterest