Taylored Expressions maintains a fabulous array of Pinterest Boards sorted by product and some by theme.  It's a fabulous source of inspiration and the Baker's Dozen design team is tasked with showing you how we were inspired by a card.  I fell in love with Shelly's card found here. 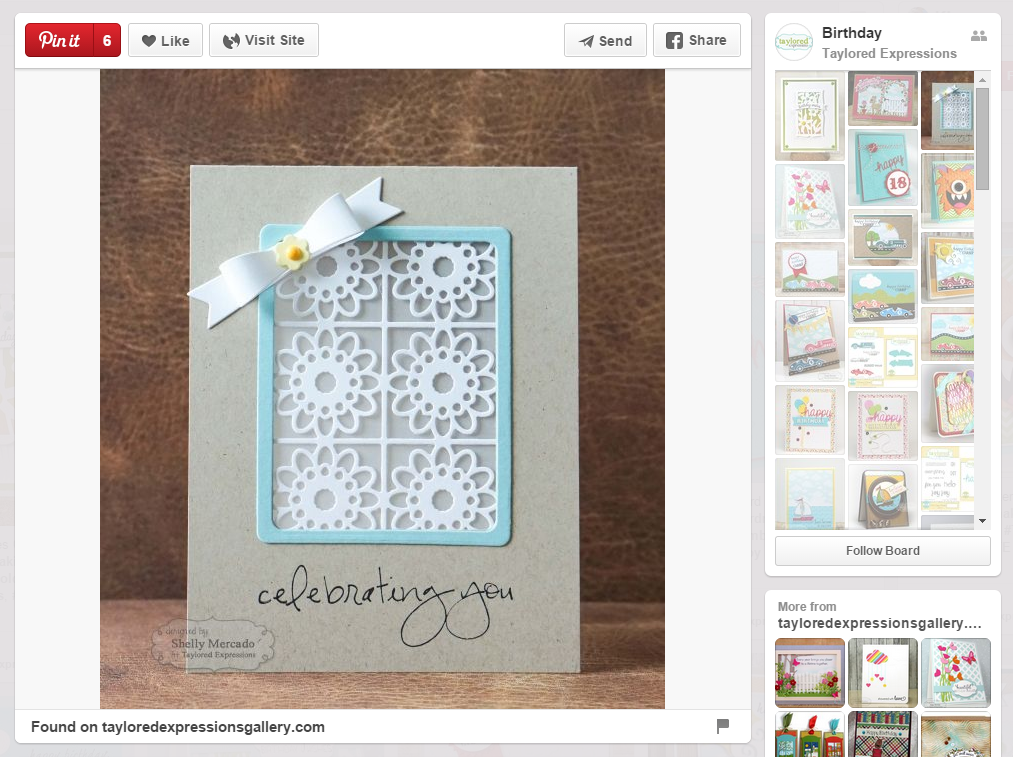 I also wanted to make a "thinking of you" card.  Taylored Expressions has a fabulous tradition of sharing the joy.  Each year they launch a "Share Joy" campaign during which they give to various organizations.  The first year they created a special stamp set and the proceeds went to Giving Tree. The next year, cards were sent to an organization helping homeless youth that they could send to those youth for birthdays or with words of encouragement.  The Share Joy campaign for this year is being officially launched on March 23, but I can tell you that TE is working with a bereavement team who has found that a note from them to a family dealing with grief greatly helps the healing process.  Check out a better description here.  The campaign is a wonderful thing for TE to do, and they have also made sure we all enjoy it with sketches and giveaways. 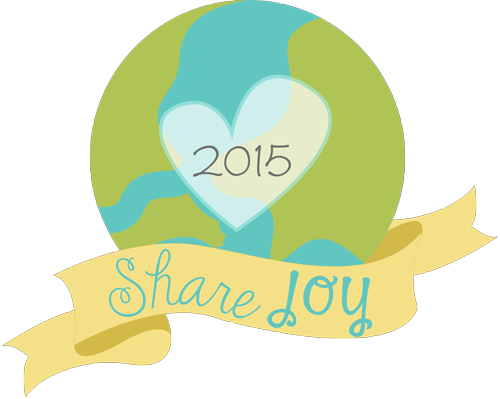 From the Pinterest card, I was clearly inspired by the neutral scheme with a pop of color.  I originally started out using exactly the same colors.  I thought I'd change things up a little bit by putting the blue in the background as the sky and do a toffee frame, but it was just wrong.  What truly inspired me in Shelly's card was the hint of color on the neutrals.  I moved away from the blue because I wanted a sympathy style card and I thought lavenders were a beautiful, soft color that fit the occasion (plus I LOVED the sequins!) 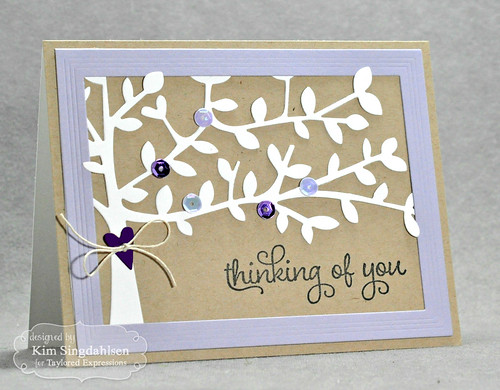 The tree die is the Taylored Expressions Shade Tree Cutting Plate which is a fantastic tool for a quick but very eye-catching card. 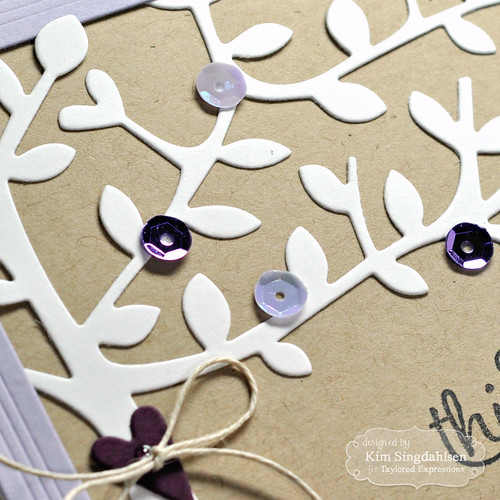 I've seen the die used so many ways.  I've seen it colored in rich fall colors; I've seen the leaves bent up for dimension; and so much more.  There are also lots of add-on stamps that I'm slowly collecting. There are two sentiment sets that fit into the open space (I have both!).  There are also scenes that you can stamp behind it.  And I'm quite certain there's more to come!

The lavender cardstock is from my scrap bin.

InLinkz.com
Posted by Kim S at 6:00 AM Labels: tayloredexpressions, thinkingofyoucard
Email ThisBlogThis!Share to TwitterShare to FacebookShare to Pinterest