First I saw the challenge at 52 Christmas Card Throwdown: Silhouettes.  I have collected so many different Christian silhouettes from Taylored Expressions - I love them all so had to play along.  I had a silhouette cut in a traditional black, then I started seeing white and cream cards in my feed - that's the current challenge at Less is More.  That wouldn't be a go-to combo for me, but the elegance of the design team cards and the gallery inspired me. 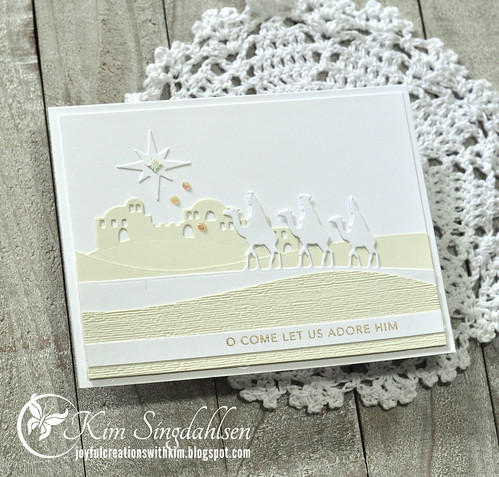 These border dies made it such an easy card.  The only extra step that I took was embossing the bottom strip hoping it would look like sand.  Otherwise, it was cut and adhere!  It was a truly awful card to photograph.  To see the dimension, I needed light - but light made my gems look dark.  In regular light those gems are exactly the color of the Buttercream cardstock (which is amusing given that even though they are from an entirely different company, they are also called Buttercream!) 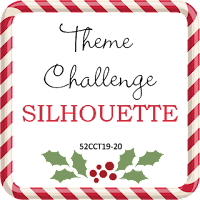 Thanks to both challenges for the inspiration!