Merry Christmas and a Hoppy New Beer!! (That's the inside sentiment!) 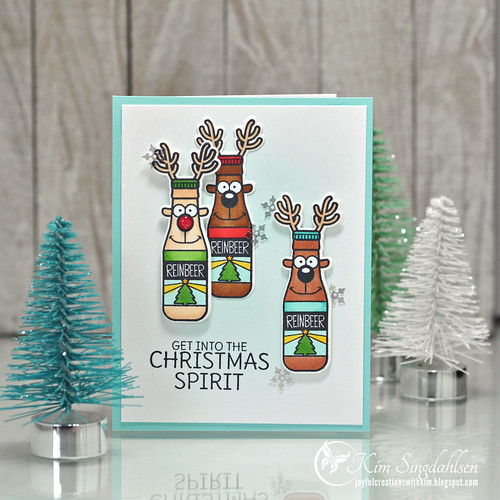 I think it worries me that I've posted two alcoholic Christmas cards this week!!  It might have something to do with the wine I've been guzzling over the last few weeks simply because a friend gave me some of those twinkling wine bottle lights and I need empty bottles to decorate with.  (That's my story and I'm sticking to it!)

The only cards I have left to make are for my kids although you should know that the kid who will get this card turns 23 right after Christmas.  He's a great guy, but he's always been an old soul and a rule-follower.  For example - McDonald's play areas with those signs that say you must only be this tall to play.  He's tall and he got tall young.  We'd go to friend's birthday parties at McDonald's and he'd be taller than the sign - so he'd actually sit and watch while his friends played.

I tell you this story so you believe the fact that this guy did not drink until he turned 21.  So the last couple of years have been a learning curve for him and his taste for alcohol is years behind his friends.  We started with Moscow Mules - yum!!  Then he tried beer and ended up analyzing his likes/dislikes by figuring what IBU he liked. Now he wants to learn about whiskey because his friends drink it (and apparently savor it vs. doing shots).  My husband and I are not whiskey drinkers and wandered over to the local liquor store last night to get a gift of whiskey for my son (now you are really worried about my corrupt family, aren't you??!)  We had SO much fun.  Multiple customers got involved in the discussion - What type to start with? What's the smoothest? Go local for the connection?  Other customers would wander down the aisle and tell us about their favorite.  Whiskey-drinkers must be some kind of cult - but I'm thinking I want to join because it was fun!  Any whiskey advice from you??

My other son does not yet drink - so no more alcoholic cards on this blog!

I had one beer bottle colored - and I saw the AAA Cards Challenge to put three of something on a card thus the varieties of beer. 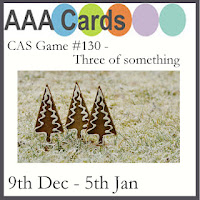