It's time for a new sketch at Freshly Made Sketches! Today we have a sketch by Jen Timko and here’s what I did with it! 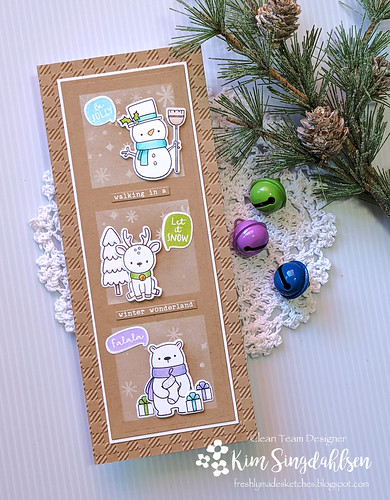 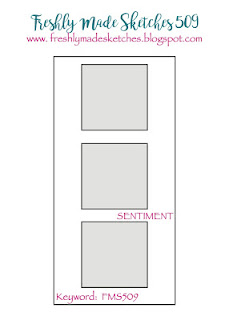 I used a stencil by Newton's Nook to brush on the white squares, then on top of that stencil I used the Taylored Expressions Confetti Toss stencil to brush on snowflakes.  My original plan was to add poinsettias and greeneries (since yet another poinsettia set just happened to show up in my mailbox(!) but those little snowy squares just called for Hello Bluebird Frosty Friends.  Here they are up close. 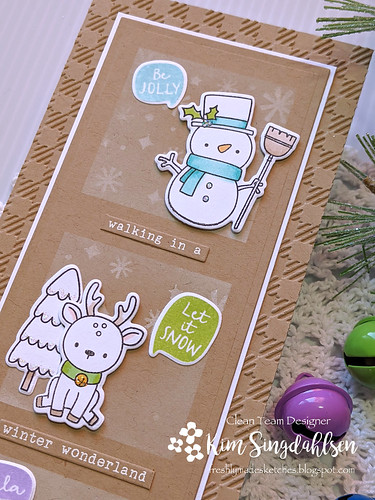 I stuck mostly with a trio of soft blues, greens and lavenders with just a few pops of extra colors.  Then each one has a hint of stickles. The snowman just has glitter on the berries and buttons, the reindeer on the tree and the bell.  Then the bear has glitter on his stocking. 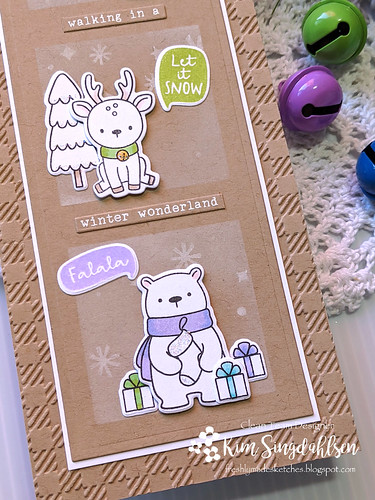 The embossing folder is a regular 6x6. I did one end, then flipped it and the it "locked" in right over the already embossed piece so I could get the bottom half. 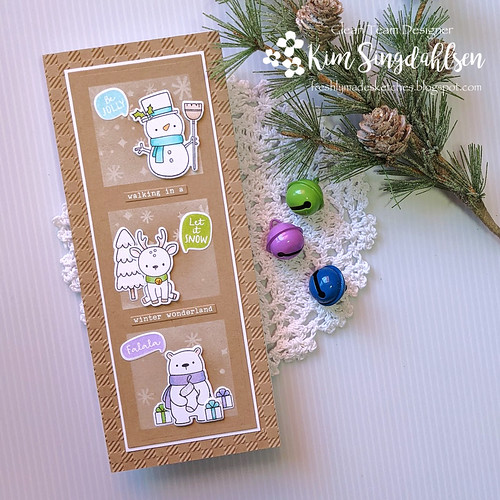 I apologize for the pinkish glow on my photos (for the last few weeks).  I have a stunning red maple outside my craft room window and that's what you are seeing.  I try to edit it out but it changes the colors of the card too much - so I'll just have a hint of pink of everything I do!
I hope to see you playing along with us at Freshly Made Sketches.

Posted by Kim S at 6:00 AM Labels: christmascard, freshlymadesketches, slimlinecard
Email ThisBlogThis!Share to TwitterShare to FacebookShare to Pinterest