Another new set for Valentines is Matchy Matchy - Foodie Friends.  It's full of cute images and "punny" little sentiments.  Two of the sentiments include an in and an out sentiment so I got the idea of a tag using the previously released Flap Stacks.  Here's the outside of the tags. 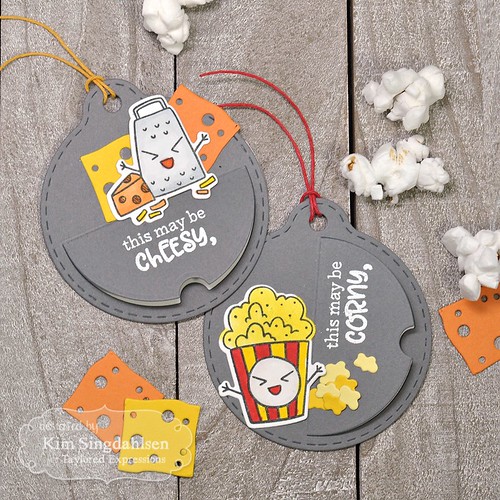 The tag is an independent die called Tag Stacklets 3.  You can use it alone or cut the flap with the Flap Stacks - Half Circle.

For the cheesy tag with the grater, I added a few slices of American and Swiss cheese using Little Bits - Mac & Cheese.  It opens to say this... 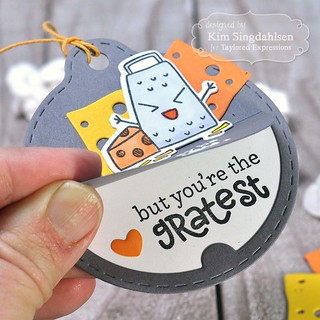 For the corny tag with the popcorn, I added some popcorn using Little Bits - Movie Night.  The inside sentiment for this one is vertical so I just cut the flap sideways.  It opens to say this... 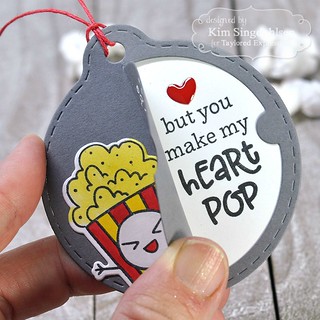 I LOVE these!  There are five other foods in the set and a number of sentiments. (Next time I want to use the taco and "let's give 'em something to taco 'bout"!!)

Here's the supply list but keep scrolling down because there's another peek. 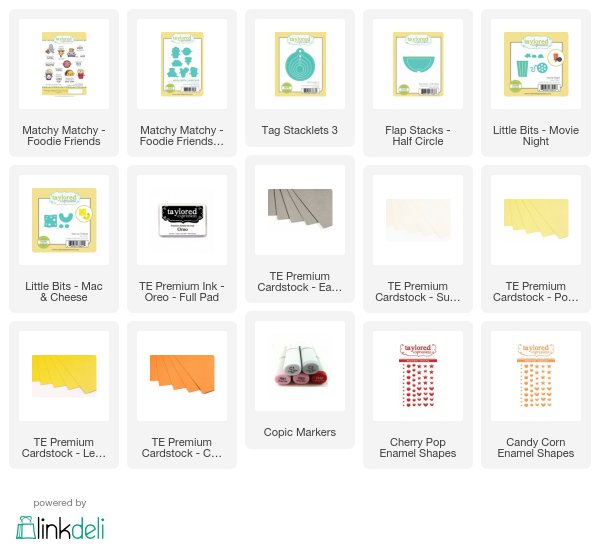 I kept looking at the new single stamp Doodle Expressions - Valentine thinking that my little nieces would love to color it and how was I going to give them one to color.  Then I realized a tri-fold card would work.  Here's the front that I colored. 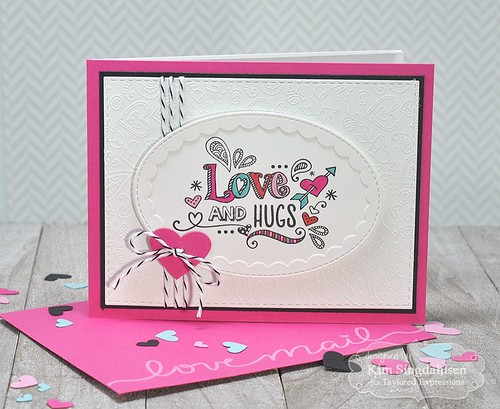 There are three other peeks on this card.  The background is the new Luv-a-Doodle Background that I embossed in white.  It's a great background because while it does have hearts so it works for Valentines, it also has images like bees so can be used at any time of the year.  Also notice the envelope.  This a new addition to the line of stamps to decorate envelopes - it has a number of heart images, and I love the long "love mail" sentiment.  Finally the Inside Scallop Oval Stacklet is a new addition to that line of dies along with a new square set and the previously released circles and rectangles.

Back to this card...I cut two horizontal card bases scored to open sideways.  Then I adhered the backsides together so it opens like this.  (I scalloped one edge so it was totally clear there was one other flap.) 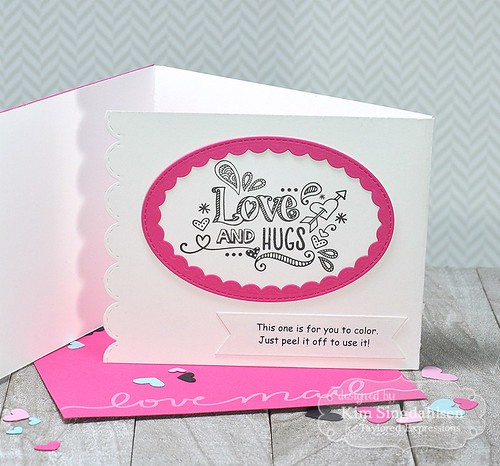 I created the sentiment on my computer sized to fit the Double-Ended Flag Stacklet.  Then I used removable adhesive for the image and its pink frame.

The sentiment is on the third part.  This is from the new Simply Said - Valentine. 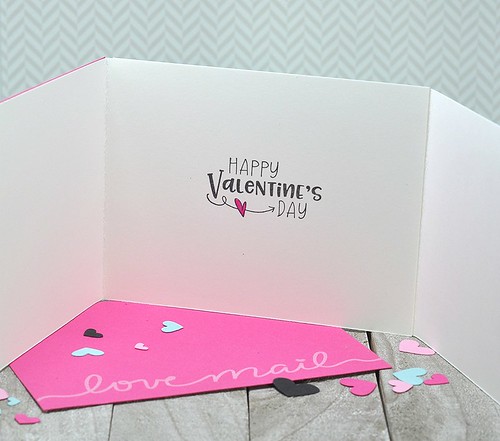 I hope you enjoyed this week of sneak peeks.  The store is now open!! 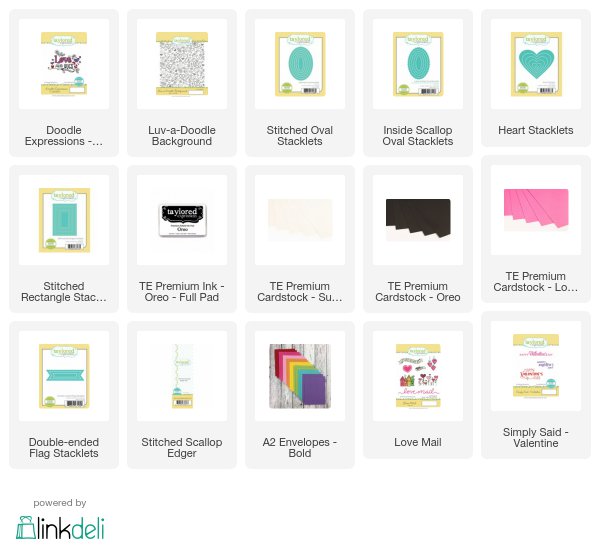 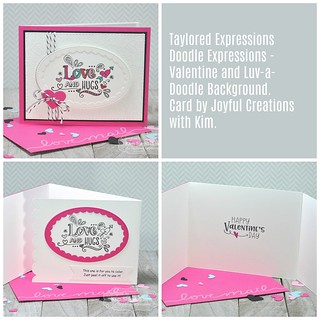 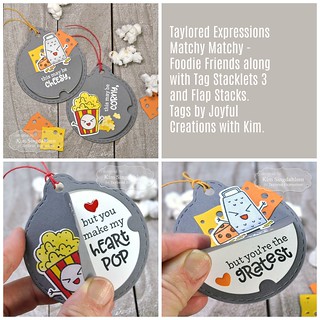 Posted by Kim S at 8:00 AM Labels: lovecard, tag, tayloredexpressions
Email ThisBlogThis!Share to TwitterShare to FacebookShare to Pinterest