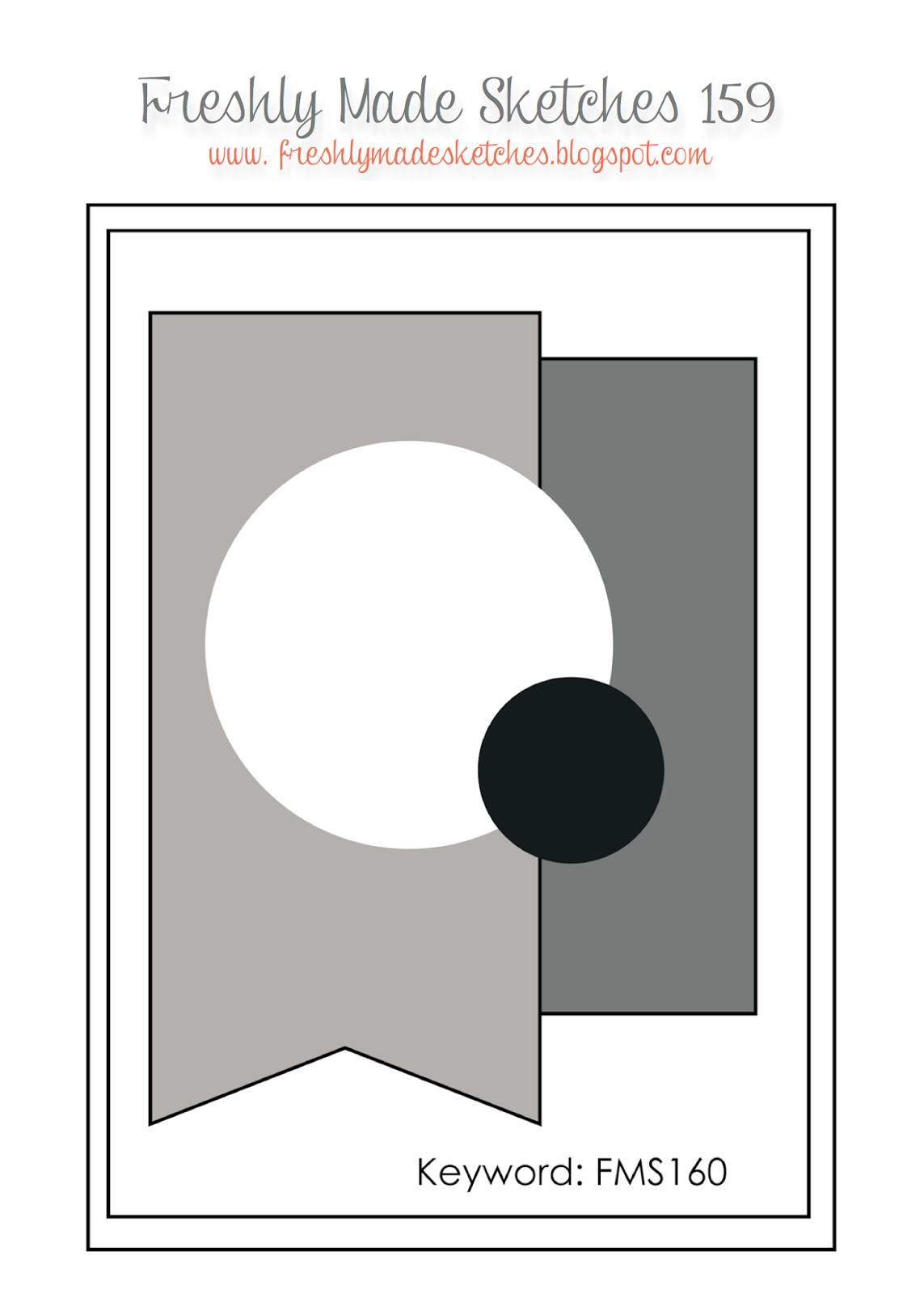 Banners and circles and all kinds of fun!!  As I was paging through my binder of dies the other day, I found a banner die that I had forgotten about.  So it was fun to see this sketch as I knew I had the perfect banner die!  I love that spray of stars.  I know I used it last year for a Halloween card, but it's also quite perfect for this nativity scene. 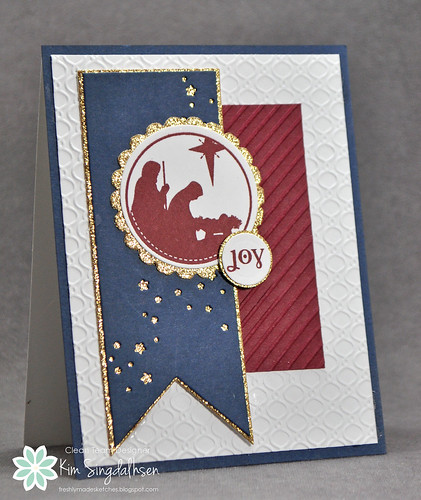 I did a huge post last week on the high school marching band headed off to state championships.  I have two sons marching in the band and they are both quite fanatical.  I am thrilled to say that the band placed higher than it has in their history - a 7th place overall!!  That was two positions back from where they were ranked after regionals, but they really weren't disappointed as they knew that they had their best performance of all time in regionals. As I stated last week, 5th would have been nice since it felt like 1st place because the bands in front of them are dynasties - double the size of our band and one is almost triple the size!  Their rival band did jump ahead of them, but my kids' knew that that band was very good also.  Of course, I have pictures!  (And, yes, I did plan a blue and red card today because of their band uniforms!!) 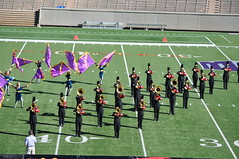 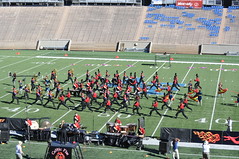 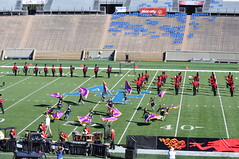 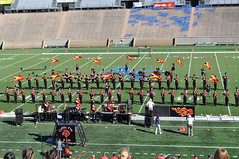 Even on the scoreboard! 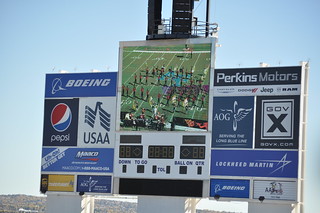 My senior had a bit of a group feature.  He's the very tall mellophone player, standing, right at the tip of the waving flag. 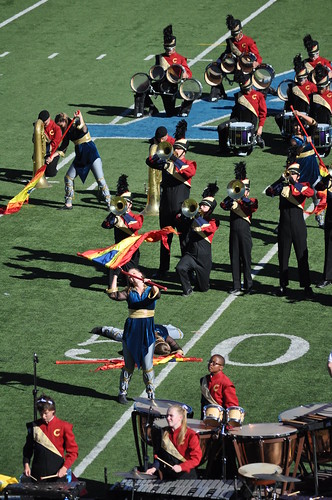 I did an extreme close-up on my youngest to see the incredible intensity on his face. 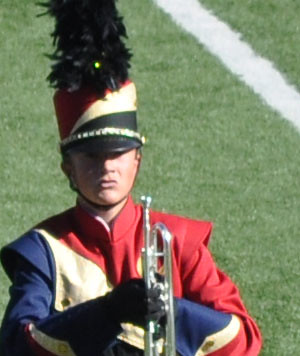 Here they are walking into the stadium after semifinals. 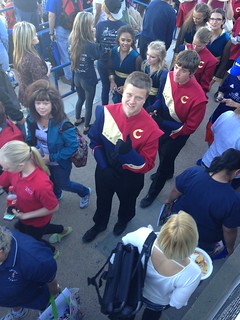 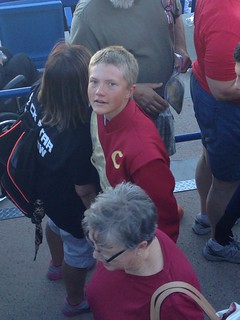 And here's the final awards.  My kids hobbled into the house around midnight and said standing at attention for that long totally wore them out!  You can see what I mean about big bands.  The leading bands are the big ones in the center, tapering off to the outside. Our band is third from the left as you look at the picture. 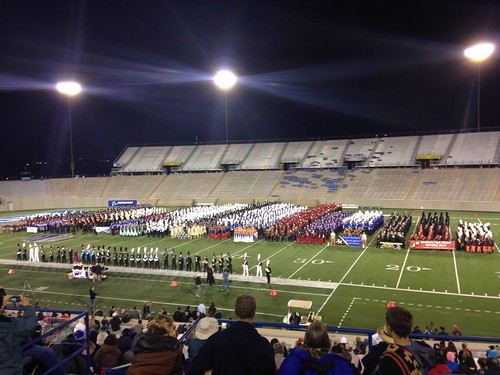 Thanks for humoring a proud mama!!

Here's the card recipe:
Posted by Kim S at 6:00 AM Labels: christmascard, freshlymadesketches
Email ThisBlogThis!Share to TwitterShare to FacebookShare to Pinterest