It's time for a new challenge at the Catered Crop:  End Zone.  Check out this fun inspirational graphic: 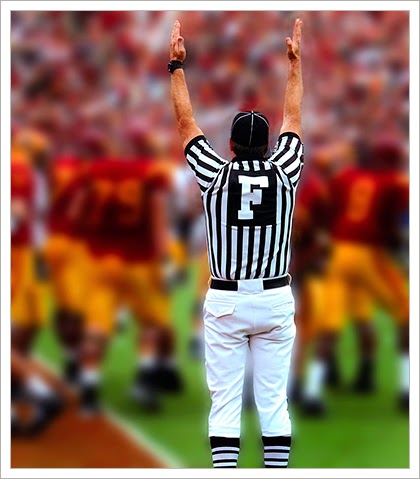 You definitely do not have to do a football card - simply be inspired.

I initially assumed that I would somehow focus on the Denver Broncos as we've been supporting them for 30 years and this is shaping up to be a big year!  But the Broncos played, and won, last night so they are not our weekend focus - instead, in my family it's going to be all about the marching band.

My two sons are both in the Chaparral High School (Chap) Marching Band and it's state championship weekend. They are currently ranked higher than ever in their history.  They are generally a middle of the pack band; however, in regionals two weeks ago, they surpassed all of their expectations.  For the announcement of the winners, the drum majors come out in a line in the order of their performance which is set by the record of their past performances, so they were in 8th position.  Judges are clearly not supposed to be biased, but in virtually every contest, the order they march in is quite close to the order they place.  The announcement starts at the bottom and when they finally got to 8th, it wasn't Chap.  Nor was 7th or 6th.  In fairness, they expected to move up that much, so by 5th place they knew they would hear their name soon, but 5th wasn't them, nor was 4th.  My kids said at this point, they were starting to think the judges had forgotten to call their name because they had never beaten those two bands.  When 3rd place was announced and it wasn't them - in fact, it was my kid's biggest rival - the reality set as to how well they had done.  Our drum majors were still standing back in the 8th position - and then they were announced as 2nd - ah-mazing!!!

To continue to bore you with this whole saga - based on their score and the scores from other regional competitions, they are going into state in 5th place in the 5A category. To be honest, 5th place feels like a win for them.  The bands ahead of them are virtually unbeatable.  Those bands are exceedingly good and have been for years, and they are double and one is almost triple our band's size - so the wall of sound from them is truly amazing.  But my guys want to stay in 5th - they want so much to stay ahead of the rivals that they jumped over in regionals.  If those rivals jump back ahead, our band won't even make finals since only 8 go to finals.  It's been a stressful week in our house as the reality of tomorrow is setting in.  Fingers crossed for semifinals tomorrow at 2:15 p.m.

Now that you have waded through all of that - my cards for this challenge are for my kids in the marching band.  I am going into this with the assumption that they will be thrilled with the outcome so I need cards that say "amazing" and "way to go".  I thought the bold colors of the inspiration graphic would be perfect, but there is nothing fancy because they are, after all, teenage boys. This uses my favorite set for my teenagers - Exclamations by CAS-ual Fridays stamps. The big fonts can easily stand alone. 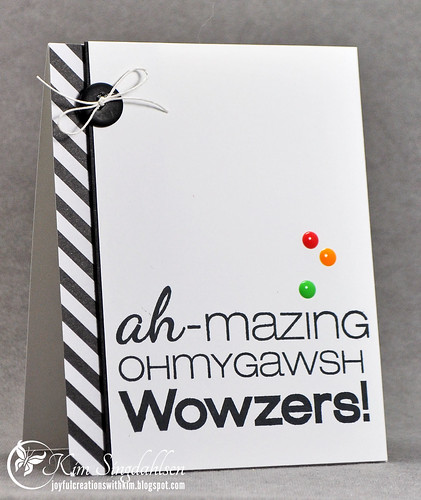 My second card uses another favorite set to use for my guys - Bravo by Stampin' Up. 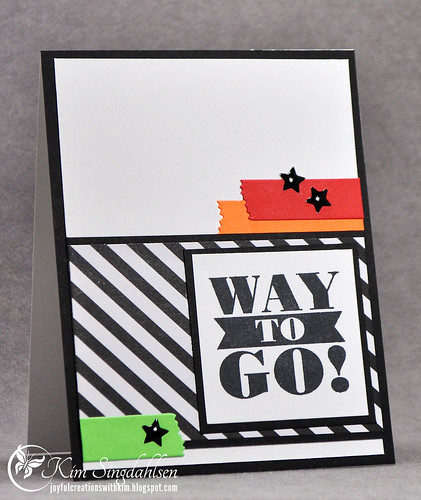 This card also uses the sketch from Fab Friday: 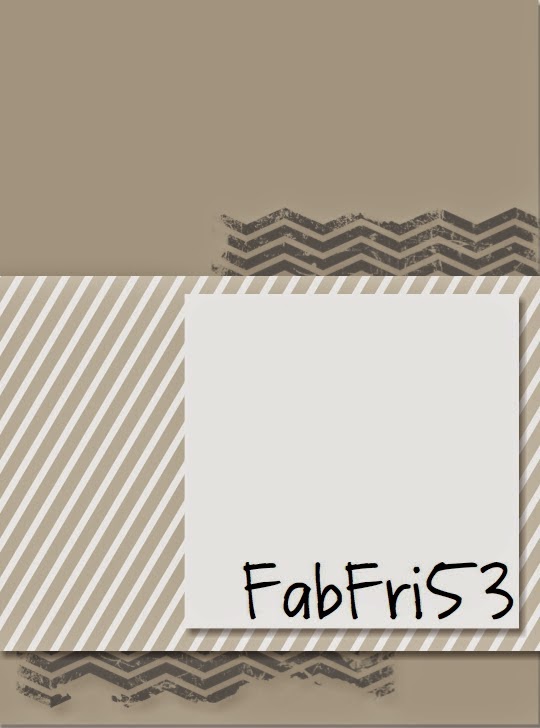 I hope you are inspired by the rich colors and the bold black and white of the challenge graphic.  I look forward to seeing what you create!