When I saw the challenge at Christmas Kickstart, Starry, Starry Night, I ran right to my local Hobby Lobby.  They had Sizzix on sale and I had seen this swirling star die (any excuse works, right?!)  I knew that I already had a variety of animals for this peaceful scene.  Everything is by Sizzix except the slimline frame from Honey Bee Stamps. 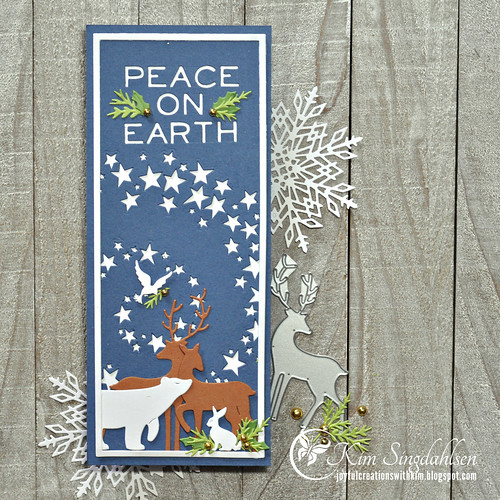 I like how this eventually came together but it took a few tries.  I cut the Swirling Stars and the Peace on Earth and was just planning a few animals, but it was very bland.  I was wishing I had done something different with the sentiment so it stood out more.  But after the effort to get it all lined up (the sentiment is on three different dies), I wasn't starting over.  I saw some greenery in one of the sets and it definitely helped the sentiment, but it needed more to balance it. So with all the layers of greenery this card became a little more involved than I normally like to do - so I only created one of them for my Christmas stash!
Some of the animals are popped for some dimension.  Not too much because I didn't want to deal with layering that thin frame! 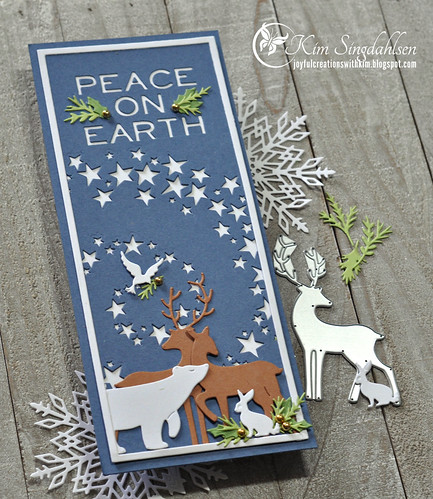 I do like the outcome and thanks so much to Christmas Kickstart for inspiring my shopping trip! 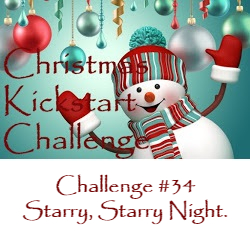