It's a birthday day in my house today - Erik turns 15!  Last night he had some friends over and I learned that teenage boys are even stranger than I thought.  After dinner, they entertained themselves tuning root beer bottles and playing "Smoke on the Water". I could actually recognize it. 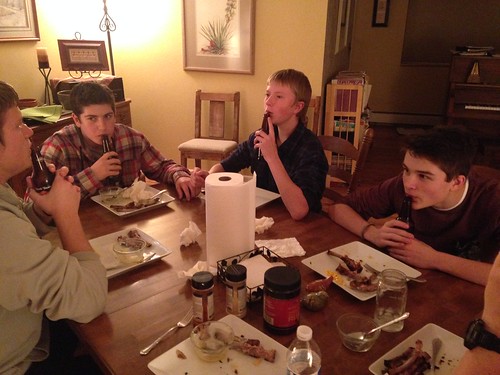 Since all the boys still sleeping, I sat down to make a birthday card.  I wanted to use Stampin' Up's Dotty Angles as confetti and I started with some bright, neon colors.  This is not the card that I am using for Erik.  When I got done, it just doesn't look like him - in fact, I think I'd use this for a girl. 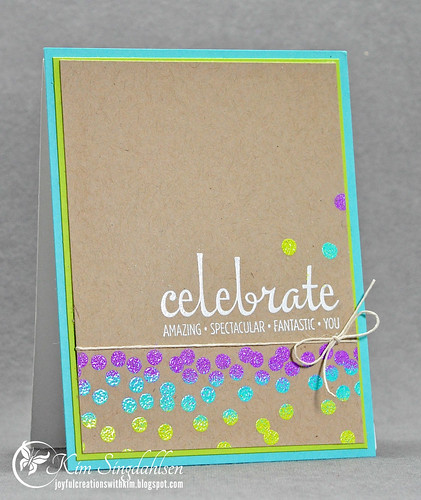 I realized that the obvious answer was to use red, blue and gray.  Everything he asked for for Christmas and his birthday had to be in red, blue and gray - flannel sheets in red and gray, flannel shirt in blues, robe in all of the above.  The only exception was a pair of Dockers in Curry??!!  So I made the same card, but in his preferred colors.  Sadly, cards for my kids just don't get the time and attention that I give to other cards.  I don't like the gray embossing card - it gets lost.  I don't like that the blue and red embossing powder combining to make purple.  I don't like the crooked bow.  And if it weren't for photo editing software, you would see that I had a lot of dot smudges when I was making the three dots above the sentiment.  But it's for a teenage boy, so he gets it as is!!  (I'm a terrible mother.) 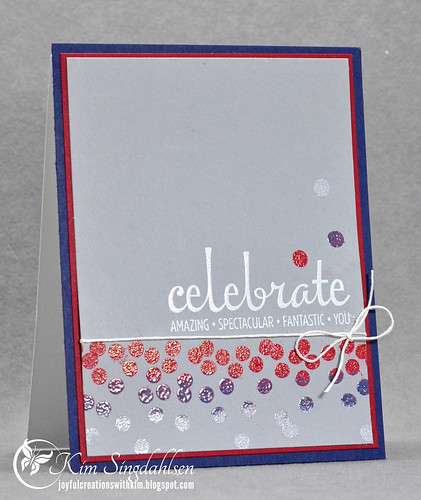 These cards are based on the current sketch at CAS(E) this Sketch. 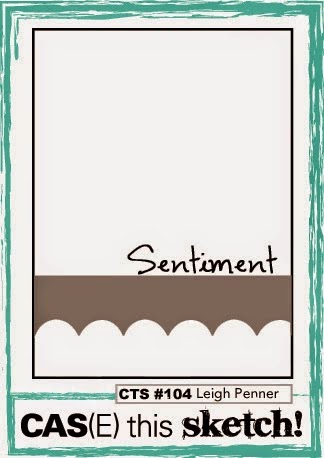 Besides clothes and sheets, my little aspiring chef wanted a meat smoker.  We liked that idea as we get the full benefit of it until he has his own place (in the distant future) and wants to take the meat smoker with him. He opened the smoker on Saturday since his cousins came over to eat cake and their presents were wood chips and rubs for the smoker - it kind of gave it away. 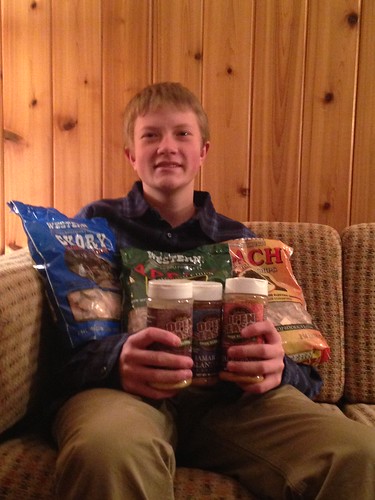 Here is Scott and Erik preparing and seasoning the smoker for its first use. 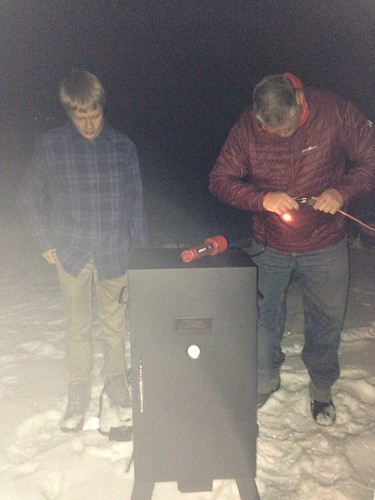 Then yesterday morning they purchased nine pounds of ribs and started experimenting with rubs. 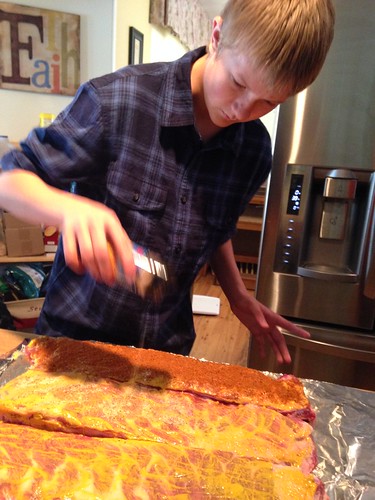 Seven hours later, here are the results!!  I think I'm going to like his present!! 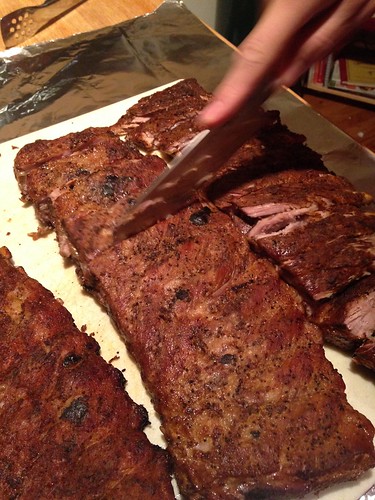 Celebrate in Brights:
The embossing powder is by Zing - I used Neon Purple, Aqua and Cricket

Celebrate in Red, Blue and Gray:
The blue embossing powder was an unlabelled bottle that's been in my stash for years.

InLinkz.com
Posted by Kim S at 8:55 AM Labels: birthdaycard, casethissketch, stampinup
Email ThisBlogThis!Share to TwitterShare to FacebookShare to Pinterest