Imagine my horror when I sat down yesterday and caught up on almost a week's worth of blogs to discover that the wonderful Darnell had a birthday.  This is compounded by the fact that Darnell had personally asked me for my birth date and had actually sent a card.  She's like that.  Besides running a popular and side-splittingly funny blog, she always gives warm welcomes to any new followers and she remembers birthdays! She is not someone whose birthday I should have missed.

Darnell is also the creator of the acronym NBUS - Never-Before-Used Schtuff.  She makes a public effort to use all of those supplies that are purchased and then often put away without ever being used and challenges us to do the same. She recently held a NBUS challenge on her blog and wrapped it up by proclaiming that after commenting on and being inspired by the 281 entries, she has lots of new NBUS stuff in her own personal pile (now named Mt. NBUS!).  Of course, I had to raid my NBUS stash for her card. 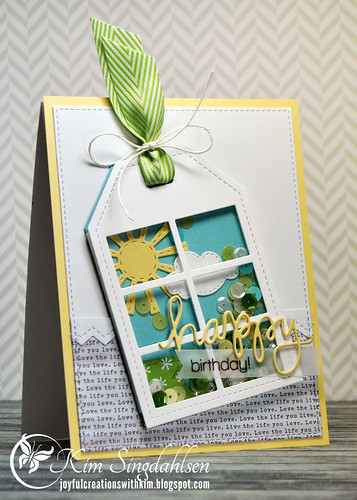 The NBUS on this card is just the tag die and the hint of zig-zag border die.  Both are the first two dies created by Pretty Pink Posh.  The tag is nice with its stitching and the center "window" is a second die so you could cut a solid tag too.  (The sequins and ribbon are also from Pretty Pink Posh.  The die and sentiment are from Simon Says. The sun and cloud are Lil' Inkers.)

I ended up making two birthday cards because I wanted to show you that those center rectangles are a die on its own and cute little stitched rectangles! 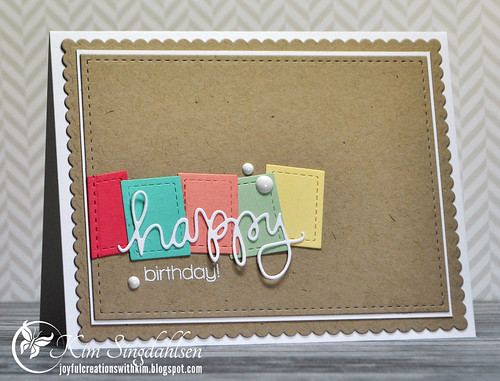 So the little rectangles are from the Pretty Pink Posh tag.  The sentiment is from Simon Says.  The bigger dies are Mama Elephant.)

I made the first shaker card because of the Simon Says Shake It challenge.

The layout on the second card comes from Iwona's current Sketchbook Saturday. 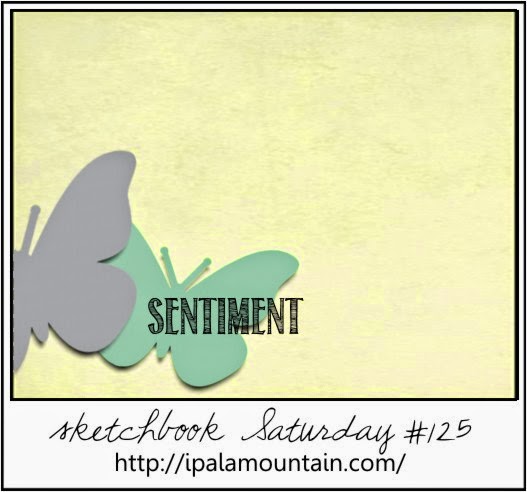 Posted by Kim S at 5:47 AM Labels: birthdaycard
Email ThisBlogThis!Share to TwitterShare to FacebookShare to Pinterest