It's time for a new sketch at Freshly Made Sketches! Today we have a sketch by Jacquie. 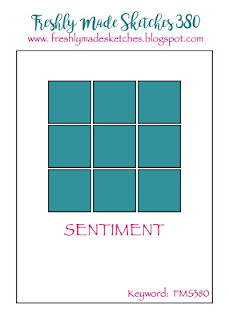 The timing was particularly good on this sketch.  My youngest is headed to college in just a few short months.  When my oldest went, I had made a huge number of cards to have on hand for him - cards if he succeeded, cards if he failed, cards if he got stressed or worried - or just goofy "mom misses you cards"!  But I have nothing prepared for my youngest so it's been in my head that I need to get a start on these.  When I saw the sketch - it clicked that I have a set that has 9 stars on a stamp laid out in that pattern so I don't even have to line them up!! 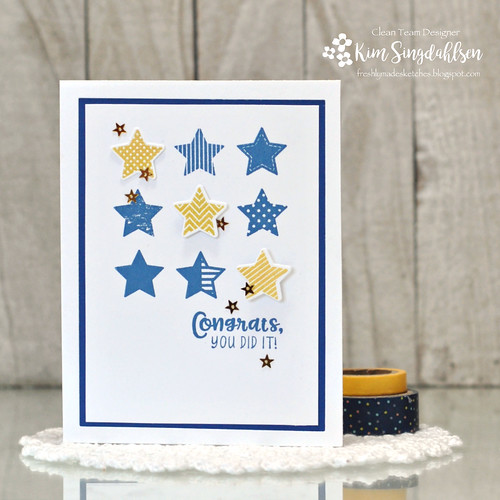 Guess what's extra fun about this card - it's his new school colors!!  Fun story - he's going to Augustana College in Rock Island, Illinois.  Guess where I graduated from many, many decades ago?  Augustana College but not in Rock Island - my Augustana College (now University) is in Sioux Falls, South Dakota.  Both of them use blue and gold and both are Vikings.  So I have throwback stuff from my school that I can wear for his school!  We didn't plan it - in fact, he's somewhat horrified that I walk around bragging that I went to the real Augustana College.

He was heavily recruited as a lacrosse goalie.  Augie has a good Division III program which is a perfect fit for him - competitive but not insane.  I love that it's a small Christian school. He loves that it's in the Quad Cities which has about a half million people - and it's just a few hours from Chicago so he can experience true city living while living on a small, protected campus.

The border is inset.  I cut the center out with a stitched rectangle, the trimmed off the stitched part leaving a bit of a gap between the two. 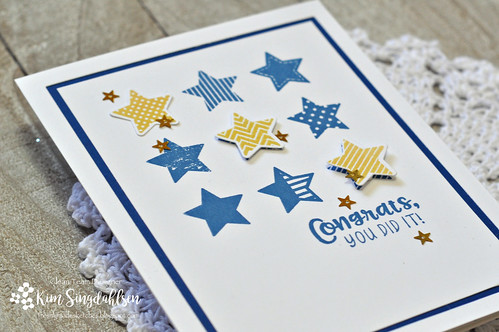 Here's hoping I need many, many more of this type of card!

FYI - this is a Taylored Expressions set and if you haven't started on Easter cards - they have a jelly bean set with the same layout (and there are others!)   I had it out to use, but I only have one more Easter card to make and jelly beans just aren't right for this one.

I hope to see you playing along with us this week. 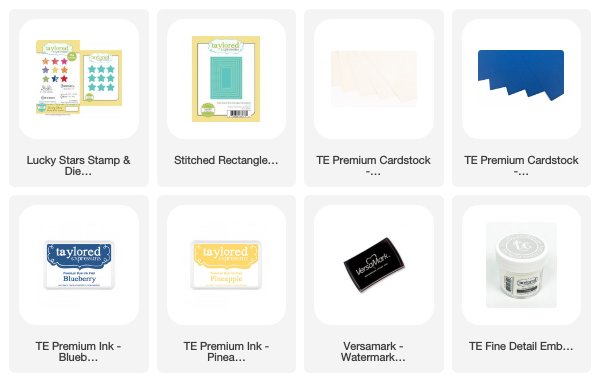 Posted by Kim S at 6:00 AM Labels: congratulationscard, freshlymadesketches, tayloredexpressions
Email ThisBlogThis!Share to TwitterShare to FacebookShare to Pinterest