Smitten with Viva la Verve: i heart u

It was a very exciting day yesterday - the Denver Broncos are in the Super Bowl!!! - even my grumpy and somewhat sullen teenager was dancing around the house.  My oldest was just 2-years old when the Broncos won their first Super Bowl.  The year before that, the Broncos were expected to be in the Super Bowl but shockingly lost in the first game of the playoffs - on my son's first birthday - with a houseful of guests to watch the game (and to celebrate his birthday). My youngest is the biggest fan of all of us and he wasn't even alive the last time the Broncos were hot.  Now my sports-crazed kids get to experience a town going crazy over their team - sports stores were open at 6 a.m. this morning selling Broncos stuff and lines went around the buildings! Have you seen the Denver Airport all lit up in Broncos colors?  Fingers crossed that my kids get to experience the big win. 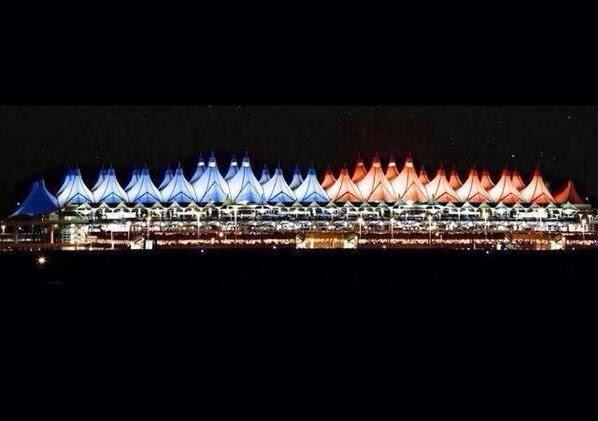 But I woke up this morning a little less excited when I realized that there was no school today.  Aren't I a terrible mother?  I do so much better when the kids are gone and then they come home!

So I decided to perk myself up with a heart card for Verve's Diva Dare Smitten Challenge.  Verve has a sale on Love Themed Stamps so I finally picked up a die set that had been on my list forever - the I_Heart U die set.  The dies do have a coordinating stamp set but it has been sold out - that's OK - the dies work just fine on their own!

And now you are looking at those layers and patterns and wondering if you are really on Kim's blog with her CAS-style.  Yep!  First, the ribbon was a freebie from Verve when I ordered.  It drove the use of black letters, which then drove the use of the patterned paper from one of my new favorite paper pads, We R Memory Keepers Chalkboard.  Second, I have been excited that the sketches from Viva la Verve now have their own blog.  They have been on Splitcoaststampers and as hard as I would try to remember to go look, that was just one more thing to do.  Now that it just pops up on my Feedly list - I can't miss them! This one has a number of layers.

This Viva la Verve was an "and/or" challenge with an inspiration challenge.  I can't say that I was heavily influenced by the inspiration, but it is sometimes funny how it works.  The sketch and inspiration were up on my computer screen.  At that time my card had a berry colored heart (like in the paper) and the whole thing was all just mounted on white - but it was dull.  I looked up and saw the purple in the inspiration - then reached for lavender paper.  It's amazing how much the lavender background and glittered heart added to the card. 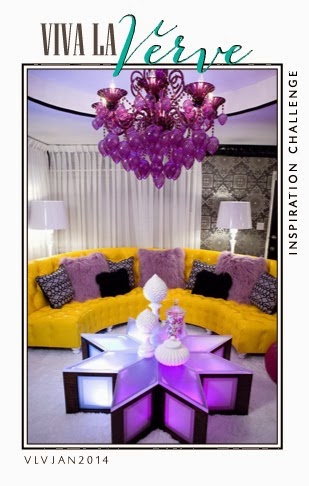 Posted by Kim S at 7:20 AM Labels: lovecard
Email ThisBlogThis!Share to TwitterShare to FacebookShare to Pinterest