I am in love with the Curvy Keepsake Box Thinlit by Stampin' Up.  I gushed when I made these pumpkins on an earlier post.  I don't do a lot of gift boxes or dimensional crafting so I need tools to make it easy and this one does.  Not only that, but there are incredibly talented designers who do amazing things with this die.  Just search on Pinterest and you'll be amazed at what comes up!

Yesterday, we had a nice dinner with my brother and family since they will be gone on Thanksgiving.  I have two nieces - Natasha is 9 and Karina is 6.  I made pumpkins for them for Halloween and I wanted to have a Thanksgiving gift made for last night, but not overtly Thanksgiving since it feels a little early. I found these owls by Debbie.  I don't often post a total CASE but these are absolutely charming!  Debbie's came out a little taller and not quite so chubby - I think I stuffed them a little full of candy treats!! 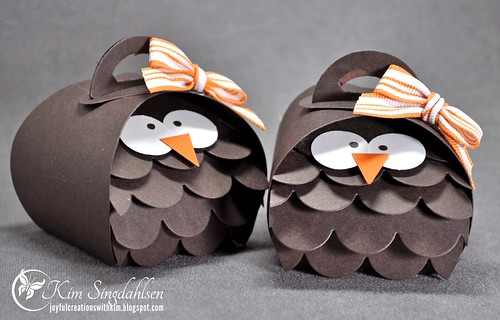 We had a classic meal - but before the meal, my little 14-year old gourmet put together an hors d'oeuvres tray.  I just had to show you this because he was quite particular about what went on it and it took us three stores to get it right.  I'm sure for many of you, this is a fairly normal tray - but my guy is 14..... and a he's a guy!  And he's being raised by a meat and potatoes father and a mother who grew up with hot dishes, jello and Hamburger Helper!  This isn't just meat, cheese and olives.  According to my son, it had to have uncured soppressata and peppered salami, garlic marinated mushrooms, Castelvetrano olives (although apparently I got the wrong kind - I was told they have to have pits to get the full flavor), and Peppadew sweet piquante peppers.  My favorite were the little skewers which have a cube of aged gruyere and a chunk of Cipollini onion (which we got at the olive bar at the grocery store so I'm not sure if they were roasted or what).  These taste like little bits of French onion soup and are heavenly.  My mouth is still watering! 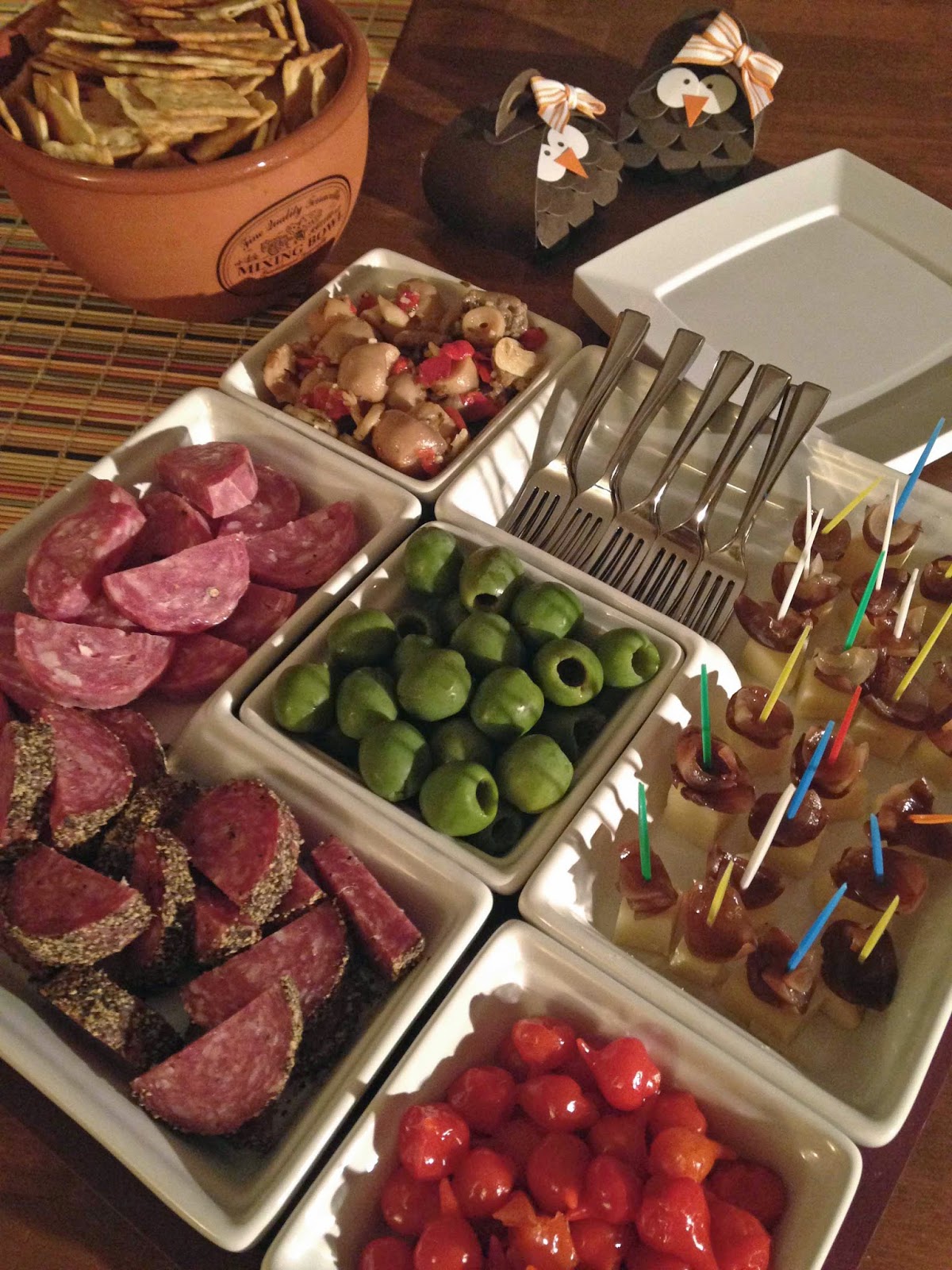 After dinner, we played a rousing game of Left, Right, Center.  I'd never played it with 6 and 9-year olds and it was SO fun!!  It's a silly little game - perfect for young children, or older merry-makers after a few alcoholic beverages.  I was having too much fun to get a camera, but the image of eight people leaning over the table yelling "left" or "right" - the most intense being the 6-year old - and the image of my SIL who lost her chips early and sat there wondering what was so fun - and then almost winning - it was a great night!

Here's a link to the box  and the scallop die.  I also used miscellaneous circle punch, hole punch and banner punch (snipped off to make the nose), and a retired ribbon.

InLinkz.com
Posted by Kim S at 6:21 AM Labels: stampinup
Email ThisBlogThis!Share to TwitterShare to FacebookShare to Pinterest